Groucho Marx once said: “Who are you going to believe, me or your own eyes?”

Well, Groucho, as I sat on the ergometer watching the video play back, I didn’t want to believe my eyes.

In my head, I had the sequence down pat—arms body legs; legs, body arms. Basic stuff, right? I have reached a level where I just need to finesse the more subtle points around placement, maybe clean up my finish a bit, right?

Wrong. The me I saw in my head was nothing like the me on the screen before me.

Main problem: Back opening way too early on the drive, before the legs are fully down.

The video doesn’t lie. Especially in slow motion. Frame by frame. With my shifting body angles annotated on the screen in case there is any doubt. 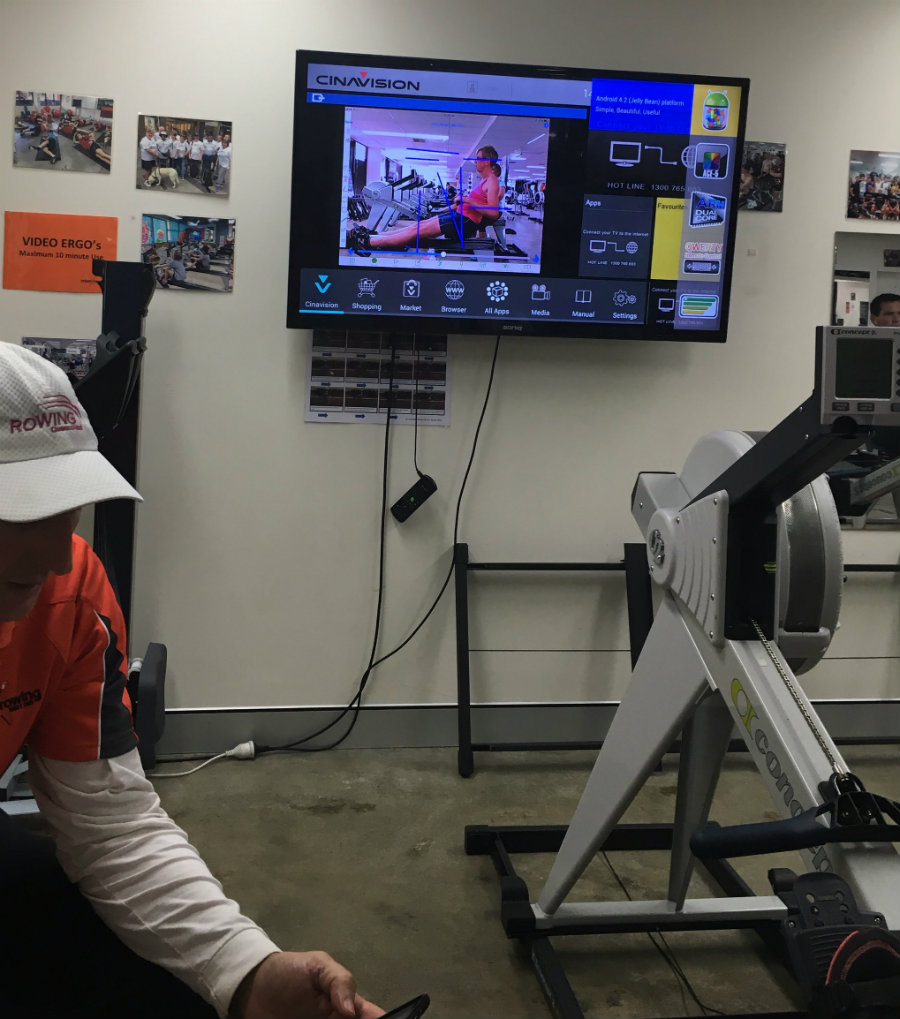 All I could do was groan, accept it, and find out how to fix it.

Keep the forward body angle until your legs are fully down, I was told. And on the water do lots of front-end drills.

Another giveaway was the visible change in my head height through the drive. Because I was opening my back early, my body was rising up through the drive and dropping back down at the finish.

This (any) vertical movement is not good because it slows the boat. We want all our effort going in to moving the boat horizontally, not vertically.

Which brings me to Hannes Obrenos and Henley.

Yes, many of us have been horizontal at Henley (Pimm’s will do that to you) but probably not in a single scull.

Watching the final of the 2016 Diamond Sculls, the race that “made the whole regatta worthwhile” for commentator Martin Cross, and me, I found my eyes drawn to Obrenos’ head, not only because he is quite good-looking but because, in relation to the riverbank, it never deviates from the horizontal.

“Perfect technique”, said co-commentator Greg Searle. (Who are you going to believe, me or an Olympic champion?)

I just wish someone would clip the official video from 0:24 to 1:14 so that I can just watch Obrenos on loop. De-lic-ious rowing:

The Belgian smoothie spoke (no waffle) with Martin Cross after the race (unfortunately the interview was cut short by an incoming call on Cross’s phone):

Later, the vanquished Mahe Drysdale “showed true humility, true sportsmanship”, according to Cross in his wrap-up of Henley. “He made no excuses about the verdict.”

For me, back on the water it’s back to basics. Again.

I can make no excuses about the verdict. It’s all captured on film. The sequel is likely to take some time.

What perfect timing—this popped up on my Twitter feed today:

Huge thanks to the guys at Urban Rowing in Brisbane for the coaching, using Sarah Tait’s fantastic EyeRow app. Eight of us travelled down to the ‘big city’ and spent a fruitful morning on the ergos and in the tank.

4 thoughts on “Legs down first”